The history of the creation of the Chausie breed 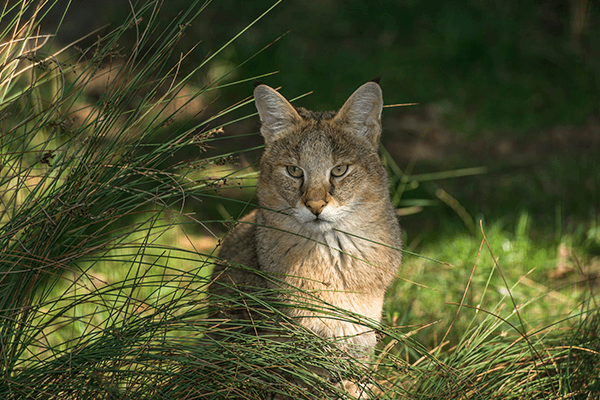 In ancient Egypt, wild cats were tamed as pets. In the burials of the ancient Egyptians, archaeologists have discovered several mummies of wild cats next to the mummies of domesticated ones. Egyptian frescoes and carvings often show cats as family members – sitting on people’s laps or under their owner’s chair. Living in close proximity to humans in abandoned buildings and along irrigation canals for about 10 thousand years, wild jungle cats came into contact with domesticated, producing joint offspring. However, the first descendants of the wild and domestic breed were either completely sterile (males), or had too little offspring (females). In any case, without human help, the crossing process would hardly have continued for a long time and could lead to the development of a new breed. This requires systematic and systematic work on the selection of individuals with a certain set of external signs and character traits.

Chausie was bred by crossing a wild Jungle cat with domestic cats to obtain the desired conformation and character. Along with these breeders, the best features of their wild ancestors have been preserved. Felis chaus (Jungle Cat – a cat from the jungle) are smart, cheerful, not aggressive, not shy, get along well with other cats and dogs, which makes them the most suitable candidates for taming.

Wild Jungle cats are similar in appearance to domestic cats, but larger than them – their body length is from 60 to 90 cm (depending on the habitat). The duration of pregnancy is on average the same as that of a domestic cat – 63-66 days; as a rule, there are 3 kittens in a litter, whose birth weight is about 100 grams. Wild cats give birth to offspring 1-2 times a year.

In order for a group of cats to be considered a breed and be officially registered in this capacity, it is necessary that individuals of a sufficiently large group have the unity of external signs (that is, cats of the same breed should resemble each other more than cats outside the breed), similar behavior and to produce offspring similar to themselves. The parents of a purebred cat are similar to each other, to their offspring, and can produce offspring with predictable traits. Compared to humans, a breed is an ethnic group within the human race. All breeds are artificially bred; breeds do not exist in nature.

Chausie is a relatively new breed that has its origins in the mid 90s of the 20th century. The first Chausie cats were registered by TICA (The International Cat Association) – the largest international felinological organization in 1995. Chausie has been shown in the show since 2003. North American breeders made a great contribution to the creation of the breed.

At different times and in different places, people have experimented with crossing domestic cats with wild ones. The first breeds resulting from such crossings were registered at the beginning of the 19th century. Interest in exotic cats and their hybrids did not pass even in the 20th century. In 1960-70s. scientists at the University of California conducted systematic breeding experiments with Asian leopard cats and domestic cats, as well as with other small wild cats. They studied why some types of cats are resistant to feline leukemia, while others are susceptible to the disease. This research was carried out as part of the fight against cancer and was funded by the US government. In the early 90s, a new breed, the Bengal cat (Bengal), became widespread, which is very popular, takes part in championships and has overwhelming success. The recognition of Bengals has inspired breeders to breed new breeds from other small wildcat species.

One of these breeds in the mid-90s was the Chausie. A small group of people began to work on the systematic development of a new domestic breed derived from wild Jungle cat hybrids. Breeding a new breed from a wild variety is always difficult, since the desired and stimulated traits are rarely manifested in early generations, and the resulting individuals have low fertility (the ability to produce viable offspring), that is, they either cannot reproduce at all, or their offspring are limited. When breeding Chausie, biologists noticed that the process of creating the breed itself is easier than with Bengals, since the jungle cat by nature has the traits necessary for living together with a person. In addition, fertility in the offspring of jungle cat hybrids develops relatively quickly. Full reproductive function is usually achieved in the fourth generation of mating with domestic cats (F4).

For 17 years, breeders have worked with jungle cat hybrids, and only recently has the breed begun to meet all the criteria in order to be eligible to enter the class of cats fighting for champion titles, that is, to become a fully developed domestic breed. The TICA Board of Directors granted this status to Chausie in September 2012 and on May 1, 2013 it took effect.

Thus, the purpose of breeding this wonderful breed was to preserve the exterior of the wild Jungle cat and form in it qualities of character that make it possible to live together with humans. 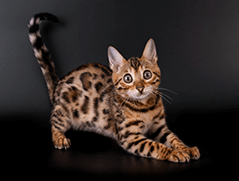 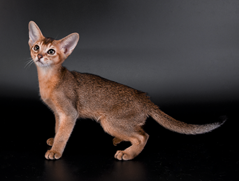 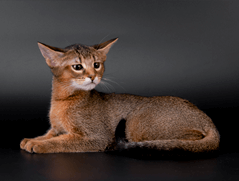 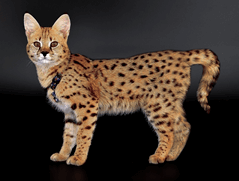